Boko Haram was founded Muhammad Yusuf, in the year 2002,They are based in North East  Nigeria and still operates in Neighboring countries Like Chad,Cameroon and Niger.Their Leader is known as Abubarkar Shekau.They Operates from sambisa forest where they choose as their Headquarters. Since this group started act terrorism,They have killed tens of thousands and displaced 2.3million from their homes.
They were Ranked as the worlds Deadliest terro group by Global Terrorism Index in 2015.
The Government extended the State of Emergency in 2012 to cover the whole Eastern region of Nigeria.
The group have carried out mass abduction including abducting 256 School girls from Chibok in the year 2014.
In 2013,the terrorists grew stronger but was Later scarterd from all their Hidden place in 2015 before the Presidential Election.
They were remaining few of them that Never agreed to quit terrorism.
They have been doing hit and run type of terrorism since then Killing some Innocent people just to keep the Name that they still exist.
Boko Haram has lost many of their Members,Same goes to the Security Operatives.
Military and other security agencies have been working very hard to put an end to their Evil Act.
They will soon become history.
Military Life. 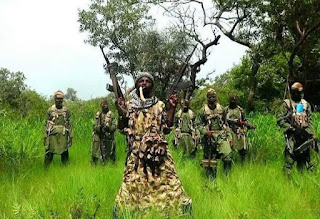 MESSAGE TO ALL THE CIVILIANS THAT WISHED OR WISH TO JOIN THE MILITARY.

SOLDIER RETURNS BACK TO THE MOTHER AFTER HE WAS REPORTED DEAD

Nigerian Custom Service Recruitment Now Available For Interested Candidates.Read On How To Apply